A new trend has caught our eye: 3-D nail art. It’s hard not to notice it these days, when fancy nails are 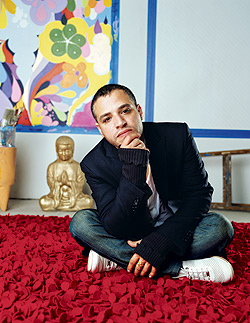 beginning to look like mini works of fine art. Getting your nails done by artists like Carlos Rolon, better known as Dzine, might mean not being able to do anything involving the use of your hands, but at least they’ll look great.

While amateur 3-D nail artists (we use this phrase lightly—we’d never succeed at even “amateur” nail art) have set their sights on cuddly animals or strange food-themed nails, Dzine prefers ornate embellishments. A contemporary Chicago-based artist, Dzine has previously showcased everything from paintings to customized vehicles—all full to the brim with bright colors and jewels. His work takes ordinary objects and makes them extraordinary.

Dzine’s first solo show for his bejeweled sculptures was at New York’s Salon 94 in 2011. There, he displayed several sculptural works. He also contracted a manicurist from New Museum to hold appointments and let people experience nail art on a first-person basis. When Dzine was a child his mother had what he called a “bootleg salon” set up in the living room. His New Museum project recreated that experience. When Dzine went to Art Basel in Miami, he took it a step further and actually shipped parts of his childhood living room (like the chandelier) to Miami. The installation included several nail artists inside it, creating art live. 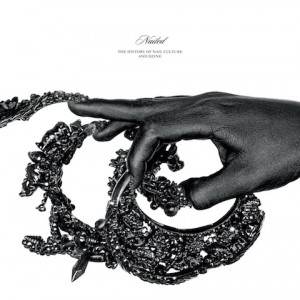 Dzine’s book, Nailed: The History of Nail Culture and Dzine, was recently released. In the book, he studies the history of nail art throughout the world—from its underground roots to its rise to mainstream popular culture. It’s certainly not a new discovery, but Dzine’s exploration of it brings the “art” part to a higher level than we’ve previously seen.

So are we likely to see Dzine’s designs on the hands of every passerby? Probably not anytime soon, but it’s likely that the nail art trend will stick around for a while as people explore brighter colors, crazier designs, and more unique designs than ever before.