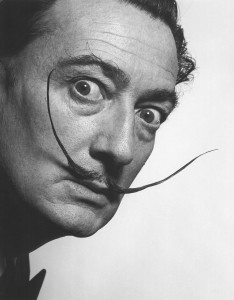 Phivos Istavrioglou, a 29-year-old man from Athens, Greece, stole a Salvador Dali painting worth $150,000. Now he says “he knew the theft would catch up to him and he wants to make [the] situation right.” The painting, Cartel des Don Juan Tenorio, was taken from the Venus Over Manhattan Gallery in New York City in June 2012. Istavrioglou’s theft wasn’t the most elaborate of heists, though.

“It was almost surreal how this theft was committed,” said Cyrus R Vance Jr., District Attorney. “A thief is accused of putting a valuable Salvador Dali drawing into a shopping bag in the middle of the afternoon, in full view of surveillance cameras.”

The theft was not Istavrioglou’s first; his fingerprints were already on record for shoplifting a juice bottle from a supermarket last year. When he saw surveillance images of himself taking the painting, he decided that he was better off without it. He took the painting out of its frame, rolled it up in a cardboard tube, and sent it back to New York. 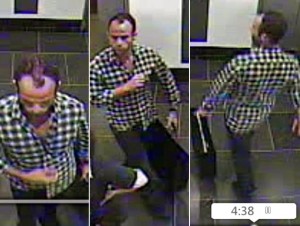 Phivos Istavrioglou took the Dali painting from the wall and placed it in a shopping bag.
Image: DCPI

After lifting fingerprints from the returned painting, police were able to determine Istavrioglou’s identity. Surprisingly, a police investigator was able to get Istavrioglou back to New York last week by pretending to be a gallery owner interested in hiring him as a consultant. When he arrived back in New York, he was taken into custody. He’s pleaded not guilty, but evidence so far is not in his favor: his fingerprints are on the painting, his image is on the surveillance cameras, and he talked about regretting the theft during questioning. 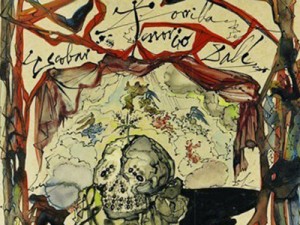 Istavrioglou was taken into custody at JFK airport on Saturday, February 16th. His bail is currently set at $100,000, set by a NYC judge on Tuesday, February 19th.