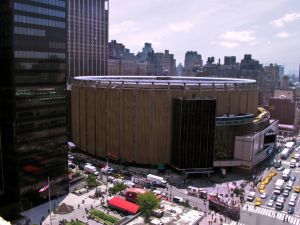 Madison Square Garden is one of the most iconic locations in the country. It is a point of pride for New Yorkers and something that people all around the world have heard of, even if they’ve never been there or don’t know what it looks like. Madison Square Garden sits on top of Penn Station, one of the heaviest traveled stations in the city. Every day, thousands of commuters make their way in and out of the station, which has now become grossly overcrowded and grim.

Now two organizations charged with city planning are proposing a change that’ s dropping jaws: they want to move Madison Square Garden. According to Crain’s New York Business, the Regional Plan Association and the Municipal Art Society of New York announced a new campaign on Thursday, March 21st, to relocate Madison Square Garden, expand Penn Station, and let a little light into the dark depths of the station.

And they’re trying to do so quickly. “There’s a very narrow window to address something that will be a problem decades into the future,” said the Vice President of the Regional Plan Association, Chris Jones. In other words, if they don’t do something now, they may never be able to—or at least not anytime soon. 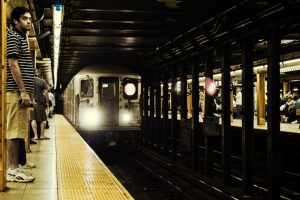 For the first time in 50 years, the MSG’s land-use permit has expired, and it is with that information that the two groups are setting out on their campaign. Typical practices would grant the Madison Square Garden perpetual rights to its current location, but the RPA and MAS are calling for a 10-year extension only.

That would give them enough time to plan and prepare for a move, something that has happened twice to Madison Square Garden since it first opened 130 years ago. It moved first in 1925 and again in 1968. And now it may be happening again.

But the owners of MSG aren’t so happy about the prospect, and have announced that they are less than interested in relocating.

“Madison Square Garden has been an integral part of New York City for more than 130 years and acts as a vital driver of the city’s economy, supporting thousands of jobs and hosting over 400 annual events that attract 4 million people every year,” they said in a statement. “This fall, MSG will finish its three-year, top-to-bottom transformation of the Garden. Following the completion of this self-funded, nearly $1 billion transformation, it is incongruous to think that MSG would be considering moving.”

Indeed, it’s easy to understand why Madison Square Garden would be opposed to the campaign. But city planners brought the issue up years ago and will argue on the side of aesthetics and efficiency. The City Planning Commission will certainly listen to both sides, but only time will tell what the future holds for MSG.