The Importance of Cultural Heritage

Not everyone feels a connection with their cultural heritage, but many people do. What is it about cultural heritage that draws these people to it? Some may think traditions are archaic and no longer relevant, and that they are unnecessary during these modern times. Perhaps for some, they aren’t; but for others, exploring cultural heritage offers a robust variety of benefits.

Culture can give people a connection to certain social values, beliefs, religions and customs. It allows them to identify with others of similar mindsets and backgrounds. Cultural heritage can provide an automatic sense of unity and belonging within a group and allows us to better understand previous generations and the history of where we come from. 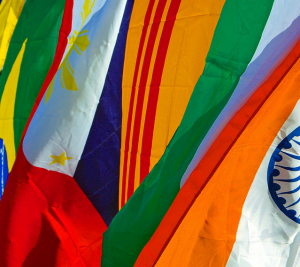 Understanding our cultural heritage can give a sense of personal identity.
Image: Garry Wilmore via Flickr CC

In large cities especially, it can be easy to feel lost and alone among so many other cultures and backgrounds. New York City, for example, is a huge melting pot of people from all over the country and the world. There are large communities based around certain cultural heritages, including Irish, Italian, Asian, and others.

Another benefit that comes from preserving cultural heritage as a whole is the communal support. Those that identify strongly with a certain heritage are often more likely to help out others in that same community. Real estate mogul Carl Mattone and his family, for example, are often sighted at fundraisers for local Catholic schools. Mattone was raised Catholic and attended Holy Cross High School in New York, where he has also been on the Board of Directors.

Cultural heritage is made up of many things large and small. We can see it in the buildings, townscapes, and even in archaeological remains. Culture can be perceived through natural sources as well: the agriculture and landscapes associated with it. It is preserved through books, artifacts, objects, pictures, photographs, art, and oral tradition. Cultural heritage is in the food we eat, the clothes we wear, the religions we follow, and the skills we learn. Sometimes we can touch and see what makes up a culture; other times it is intangible.

A graphic of the Heritage Cycle originally developed by cultureindevelopment.nl.

The Heritage Cycle from Simon Thurley helps explain the process of finding and incorporating culture into our lives, if we wish to do so. It begins with understanding the culture. Only then may we begin to value it. From there, we can learn to care for a culture and eventually enjoy it. With more enjoyment, we will want to learn and understand more—and so the circle goes.

*Psssst! If you liked this article, check out Honoring the Cultural Heritage of Voodoo.