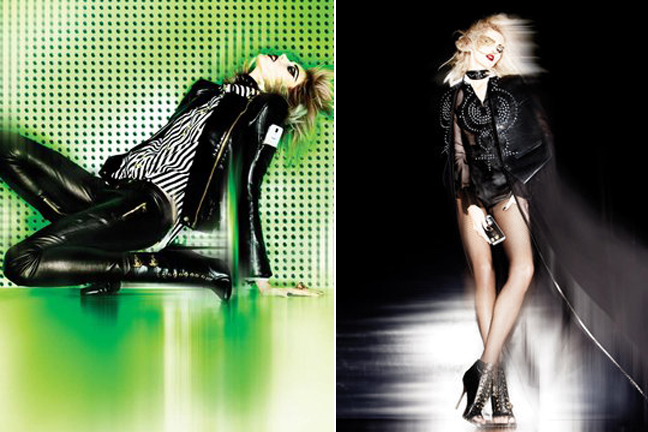 Remember a while back when we talked about the Metropolitan Museum’s exhibition, Punk: Chaos to Couture? Now the dates of the gala and exhibition are even closer and an update seemed necessary.

The exhibit, made possible by Lauren Santo Domingo’s and Aslaug Magnisdottir’s Moda Operandi, will be on preview at the 2013 Costume Institute Benefit gala, and will open to the public three days later. Appropriately, Moda Operandi will be offering a brand new punk-inspired collection on their website beginning May 2nd. The collection will include unique items from designers like Eddie Borgo, Givenchy, Vivienne Westwood, Dolce & Gabbana, and many more. The collection, 100 items total, is called “Anarchy and Elegance,” and items will be priced from $100 up to $13,000.

“My father took me to see the punks in London’s Trafalgar Square in the late 80s,” Lauren Santo Domingo recalled in an interview for Elle UK. “Of course it was meant to be a cautionary tale but I insisted on getting a pair of Dr. Martens,” she said. That was the first time punk inspired her, but it wouldn’t be the last.

The 1980s were full of punk-inspired people like Lauren Santo Domingo. Celebrities like Madonna, Blondie, Richard Hell, The Ramones, Patti Smith, and Gwen Stefani helped bring punk to a larger audience and grow in popularity. And though it’s certainly not as popular as it once was, we can still regularly see punk influences in fashion and street style.

Taylor Momsen, for example, is just 19 years old and wasn’t even born during punk’s glory days. But these days, Taylor’s style reflects one that has clearly been influenced by it. And now punk is making its way back to the runway with the Met’s exhibition and with Moda Operandi’s new line.

Whether the movement continues or these events simply serve as a fond remembrance of time gone by remains to be seen. But Taylor Tomasi Hill, Moda Operandi’s artistic director, doesn’t think those in the fashion industry will ever forget punk.

“We all have the opportunity to be a little bit punk these days,” she said. “From clothing to music to hairstyles, people who love fashion are always attracted to the unusual, which is why we feel a special kinship with the misfits of the punk movement.”