It seems everyone who is anyone made an appearance at last week’s Met Gala. The event, whose primary sponsor was Lauren Santo Domingo and Aslaug Magnusdottir’s Moda Operandi, brought in stars like Beyonce, Gwyneth Paltrow, Miley Cyrus, and more. The punk theme added some spice and flare to the red carpet, and some stars really turned heads with their wardrobe choices. 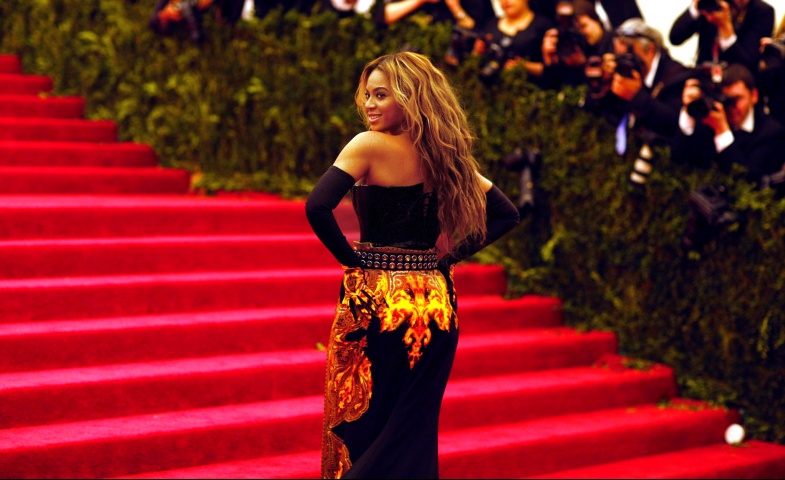 Madonna probably turned the most heads, though, with her head-to-toe fishnet covered only by a grey plaid blazer, which she apparently took off later in the night. Beyonce arrived in a black and gold Givenchy Haute Couture gown designed by Riccardo Tisci, which featured bright “flames” running down the slit and train.

“She looked like she was on fire, literally on fire,” said co-chair Lauren Santo Domingo, whose husband is Andres Santo Domingo. “It was quite something.”

Twilight star Kristen Stewart made an appearance as well, wearing a maroon Stella McCartney Bordeaux silk pants suit with lace embroidery running from shoulder to ankle. And starlet Jennifer Lawrence wore a black Christian Dior strapless dress with embellishments that made it sparkle.

Oh, and let’s not forget that Sarah Jessica Parker showed up in a golden Mohawk, a floor-length Giles Deacon ballgown, and thigh-high tartan velvet boots. It was truly a night of punk for New York City.

For a full gallery, check out Us Weekly’s online photo set, which includes 100 of the night’s partygoers.