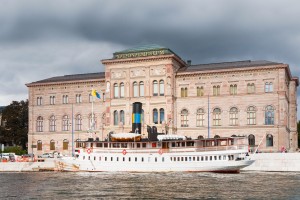 Although the elaborate heists of priceless artistic pieces seems like a scene fit for a spy film, the theft of paintings and other artistic works is a very real problem for museums and private collectors. It’s also apparently a problem for Catherine Hutin-Blay, the stepdaughter of Pablo Picasso, who is reportedly mixed up in an enormous art heist of her own.

Hutin-Blay claims that over 400 sketches and watercolor paintings have gone missing from her home in Vauvenargues, France, according to Le Parisien. That is an astronomical amount of Picasso pieces, and their collective monetary worth is equally enormous. The heiress first contacted authorities about the theft back in 2011, when she was notified about one of the pieces from her collection being sold at auction. After checking her personal archives, Hutin-Blay realized that hundreds of pieces had gone missing, prompting an enormous investigation into the heist.

After years of investigating, Hutin-Blay has finally gone public about the thefts, allegedly directing blame at one of the handymen who worked at her Vauvenargues estate. Over the last few decades, art heists have made headlines as the rise in value for artistic pieces has simultaneously increased. Art from Picasso, Van Gogh and others sells for thousands, and sometimes millions, of dollars at private auctions, making heists remarkably profitable if successful.

In the last few decades, a slew of museum and private collection heists have shaken the art world. One of the most notorious heists in recent history took place at the Stockholm National Museum in 2000, when thieves stole a self-portrait by Rembrandt and two Renoir paintings that were collectively worth an estimated $36 million. Another occurred in 2010 at the famous Paris Museum of Modern Art, in which a lone perpetrator stole five paintings, including works by Picasso and Matisee, worth an astounding total of $613 million. These are just two heists of many that have devastated museum and private collections in recent history.