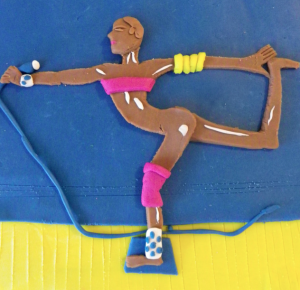 One of the artist’s Play-Doh recreations.
Image Credit: Eleanor Macnair via Tumblr

Pablo Picasso is widely quoted as having once said, “Good artists borrow. Great artists steal.” You can interpret this sentiment a number of ways, but it does speak to the trends in contemporary artists borrowing techniques, similar motifs, or even entire works from famous artists of the past. Andy Warhol took famous images (not all his own) and transformed them for commercial appeal. The Mona Lisa has been doodled upon and transformed time and time again by artists who seek to present a different side of the original painting.

Today, recreating art in nuanced ways has become an art form itself. Famous images are manipulated into collages, or remade with alternative arts materials such as food and household objects, and famous paintings are recreated with models wearing modern garments or acting out a different scene entirely. One artist who is no stranger to borrowing art to make something new is Eleanor Macnair, who creates Play-Doh versions of famous photographs. 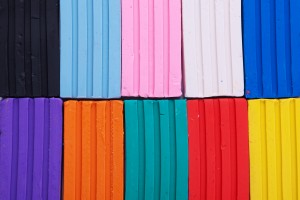 Macnair’s creative, playful art has been circulating around the web after her Tumblr blog, Photographs rendered in Play-Doh gained popularity. The Tumblr page is, as you might guess, full of images that Macnair has recreated in muted shades of Play-Doh. She says that she uses both iconic photographs and ones that she personally loves to transform, and that she also occasionally takes requests. She also mentions that her ongoing project is a homage to UK-based art collective MacDonaldStrand.

In Photographs rendered in Play-Doh you’ll find lovely recreations of photographs taken by Bill Brandt, Diane Arbus, Irving Penn, Man Ray, and many others. You’ll recognize those familiar greens, blues, and browns she molds into the shapes of people and places; her brand of art is extremely evocative of childhood, and allows the original images to be perceived in a whole new way.

Does recreating famous works of art take away from the original piece or allow you to look at it through a new lens? What do you think about Eleanor Macnair’s Photographs rendered in Play-Doh?