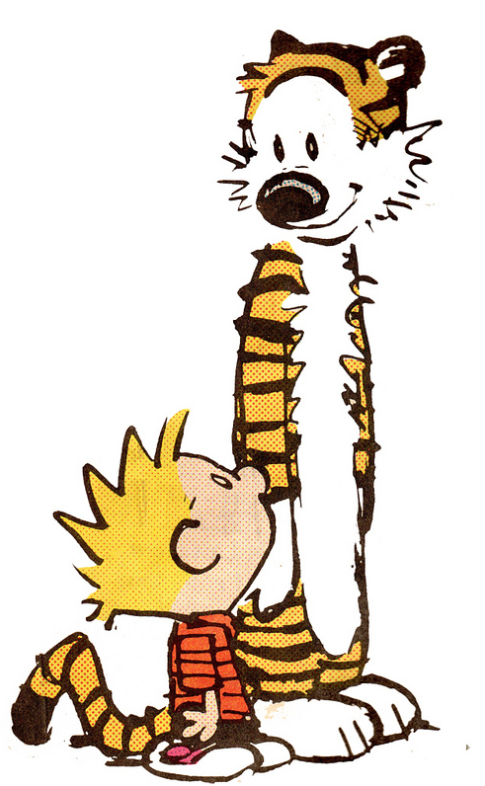 Fans of Calvin & Hobbes will be happy to know that the mastermind behind the celebrated comic – iconic illustrator Bill Watterson – has just created his first public artwork in 18 years. Nearly two decades after publishing his last Calvin & Hobbes comic strip, Watterson has come out of hiding to create a film poster for the new documentary, STRIPPED. The film, which is self-described as “the ultimate love-letter to comic strips,” showcases some of the world’s best cartoonists who are interviewed about their work and how the digital age is changing the culture of printed newspaper comics.

Watterson recently told the Washington Post, “Dave [Kellett] sent me a rough cut of the film and I dusted the cobwebs off my ink bottle,” of the STRIPPED director’s request that Watterson create the film’s poster art. Reportedly, Watterson thought it would be a fun and unexpected project, and the result is a comical illustration of what the Washington Post calls “an adult springing to full-color life in all his dorsal nudity.” Fun? Perhaps. And if “unexpected” is what the artist was going for, he certainly achieved it with his completely surprising return to comics. 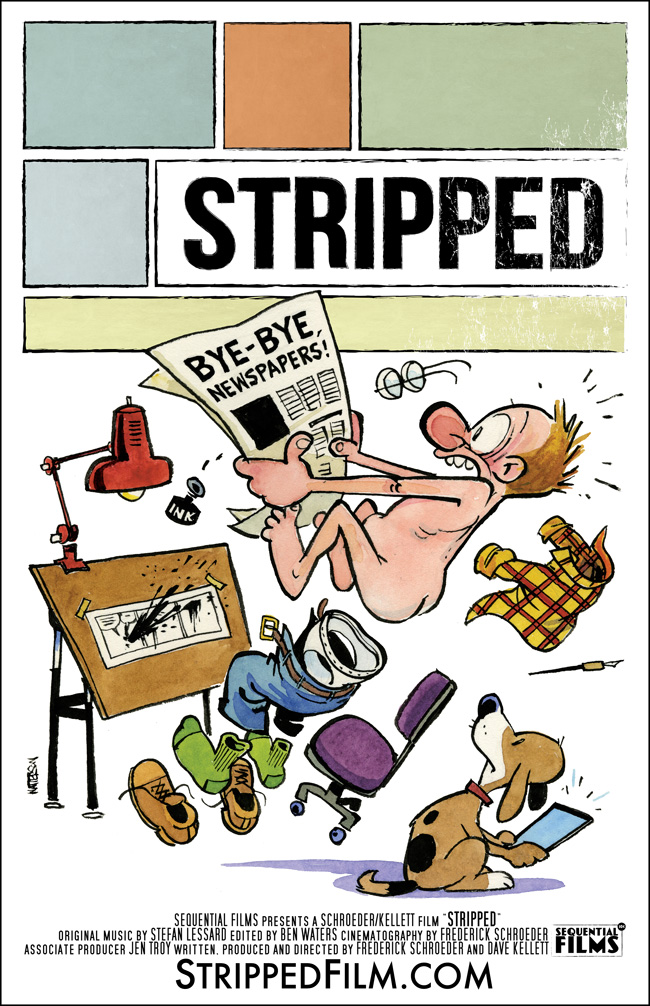 Explains Watterson of his illustration, “Given the movie’s title and the fact that there are few things funnier than human nudity, the idea popped into my head largely intact. The film is a big valentine to comics, to I tired to do something cartoon-y.” Comic fans everywhere are anticipating a comeback from the legendary artist, and his poster art for STRIPPED is certainly supplying the film with a lot of buzz. Not only can you enjoy Watterson’s latest artwork for the film, but you can also learn more about his work and elusive nature in an exclusive STRIPPED interview.

Learn more about Bill Watterson and his latest artwork at www.strippedfilm.com.