50 States of LEGO is Toy-Sized Americana 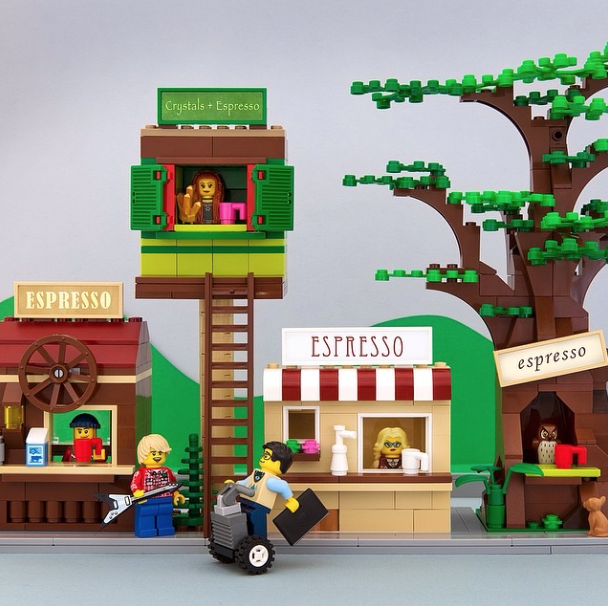 Contemporary sculpture artists have been known to incorporate inventive materials in their art; everything from trash, stuffed animals, to chicken wire and fishing nets can be repurposed into something more visually compelling. LEGO have served as a playful, lighthearted material to use in modern art. Artists such as Nathan Sawaya and Sean Kenney have made a name for themselves for the way they manipulate LEGO bricks, transforming the childhood favorite into masterful sculptures.

Jeff Friesen is another artist who has discovered the versatility in LEGO, although somewhat by accident. Friesen has dedicated most of his career to photography, but has recently merged his penchant for taking pictures with Lego in a project called 50 States of LEGO. In the project, which was inspired by his daughter’s own construction of LEGO scenes, Friesen constructs miniature dioramas of all 50 states with LEGO bricks. 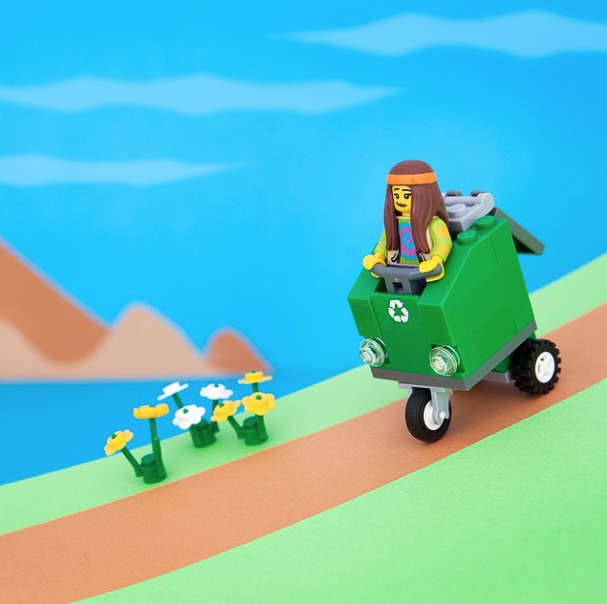 According to Joe Berkowitz of Fast Company, “Using all the Lego pieces in his daughter’s set, some construction paper for backgrounds, a negligible amount of Photoshop, and a whole lot of creativity, the lensman worked to ably capture one defining aspect of each state on the map,” of the simple, yet endearing concept for 50 States of LEGO. The dioramas are all quite sweet, a bit quirky, and very creative. “Alaska” features a fisherman who is being fished for by an Abominable Snowman-type character; “Washington” is contains trees, mountains, an abundance of coffee and crystals shops, and grunge rockers.

Other standout dioramas in 50 States of LEGO include “Maryland,” where beachcombers are being invaded by an army of crabs, “California (North)” wherein a hippie woman is rolling down a grassy hill in a recycling cart, and “Kansas,” where an iconic scene from “The Wizard is Oz” is created with a very LEGO twist. Friesen’s photographs of the dioramas have been made into a book called United States of LEGO, and individual prints are also available.

For more of Jeff Friesen’s photography and to see the entire series of photographs in the 50 States of LEGO project, visit www.thebrickfantastic.com.