Oh Hell No! Merges LGBT Activism and the Arts 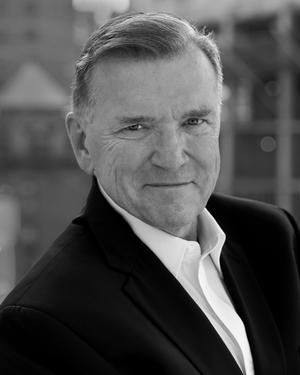 Lesbian, Gay, Bisexual, Transgender (LGBT) themes have long been incorporated in major Broadway musicals. From Rent to Hedwig and the Angry Inch, LGBT characters have been represented in ways that range from subtle to downright celebratory, a fact that has made Broadway (and theater in general) a historically ideal space for honoring human beings from all walks of life.

Perhaps no one knows this better than legendary civil rights activist and author David Mixner, who will be debuting Oh Hell No! this fall to benefit the Point Foundation. According to Broadwayworld.com, “David Mixner will premiere Oh Hell No!, an evening of autobiographical storytelling, in a special one-night-only event on Monday, October 27, 2014 at 7:00 p.m.,” of the benefit performance that seeks to entertain as well as raise funds and visibility for LGBT causes.

Broadwayworld.com describes the forthcoming performance as a “riveting and singular evening of story and song,” of the Stephen Brackett-directed Oh Hell No!. Reportedly, Mixner’s personal experiences on the frontlines as an anti-war and LGBT rights activist are what have informed the plot of this theatrical Off-Broadway performance. “Mixner brings stories from his headline-grabbing life to his new stage piece,” explains Theater Mania’s Haley Levitt of Mixner’s experience creating the Municipal Elections Committee of Los Angeles (MECLA), as well as protesting the Vietnam War.

Oh Hell No! is an event that has already garnered the support of many prominent members of the LGBT community, including event chairs Ken Mehlman, Herb Hamsher, and Edie Windsor, among others. In addition to being a night of comedy, music, and storytelling, proceeds from the performance will go towards the Point Foundation, an organization that empowers LGBTQ students to achieve their full academic and leadership potential. Benefit performances and exhibits like Oh Hell No!, The Vagina Monologues, and “Cat Art Show” represent a wonderful marriage of the arts and activism, and bring crucial visibility to important causes while still existing as compelling forms of entertainment.

Learn more about Oh Hell No! and how it will benefit the Point Foundation by visiting www.pointfoundation.org.