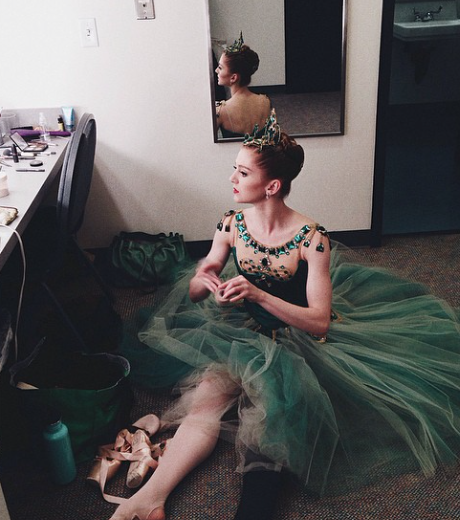 Celebrated ballerina Carla Körbes recently announced she was retiring from ballet, much to the dismay of her fans.

Carla Körbes, a principal dancer at the Pacific Northwest Ballet, has announced that the 2014-2015 season will be her last. She joined the Seattle-based ballet company in 2005 and became a principal dancer just one year later. New York Times dance critic Gia Kourlas calls the news “shattering” and stated “she is a ballerina that comes along once in a lifetime.”

Körbes is retiring at the young age of 33 partially because of injuries. She tore her meniscus in 2013 and after undergoing surgery, found existing issues with her patella. Körbes, who is originally from Brazil, is also well known in New York as a former soloist with the prestigious New York City Ballet.

In a statement, the troupe’s artistic director, Peter Boal, said, “I’ve been in denial about Carla’s insistence that this season be her last,” and added that of her many exquisite moments onstage, “I might be selfish to want more.”

Coincidentally, several well-known ballet dancers from Körbes’ generation have retired recently including Janie Taylor and Jonathan Stafford. Along with the younger retirees have come the ever admired Wendy Whelan. Kourlas points out that “When a ballerina of a certain age and stature – Alessandra Ferri, Kyra Nichols, and, most recently, Wendy Whelan – announces her retirement, it’s heartbreaking, but makes sense.” Still, Körbes made quite the impression on Kourlas and countless others who are saddened by the news that she is choosing to cut her career somewhat short.

Körbes will make several appearances in Seattle and LA this season, allowing for many chances to see the dancer perform before her season with the Pacific Northwest Ballet comes to an end. “I go back and forth between feeling like this is the end of my dancing career and just feeling: No, it’s not the end, I just need a change,” Ms. Körbes said. “I have done the company lifestyle for 16 years, and ballet has changed. It is evolving, and we’re being pushed in ways that just doesn’t feel like it’s working for me right now.”

Learn more about her retirement from ballet by reading Kourlas’ article for the New York Times.