Political art, good political art, remains powerful for decades, even centuries. Just think of the phrase “Napoleon Complex.” Everyone knows it means a man compensating for shortness via conquest, but Napoleon himself was no shorter than the average person. Political art of the era fixed that idea in our cultural consciousness, probably centuries still to come.

A walk through the New York Historical Society’s new exhibit Art as Activism will let you feel some of that power. More than 70 political posters from more than 50 years of American history. Worker’s Rally posters from the Great Depression. Victory posters from the end of World War Two. Advertisements for the Black Panther’s food banks and educational programs from the ’60s and ’70s. Pop-inspired powers protesting the Vietnam War from Berkeley. 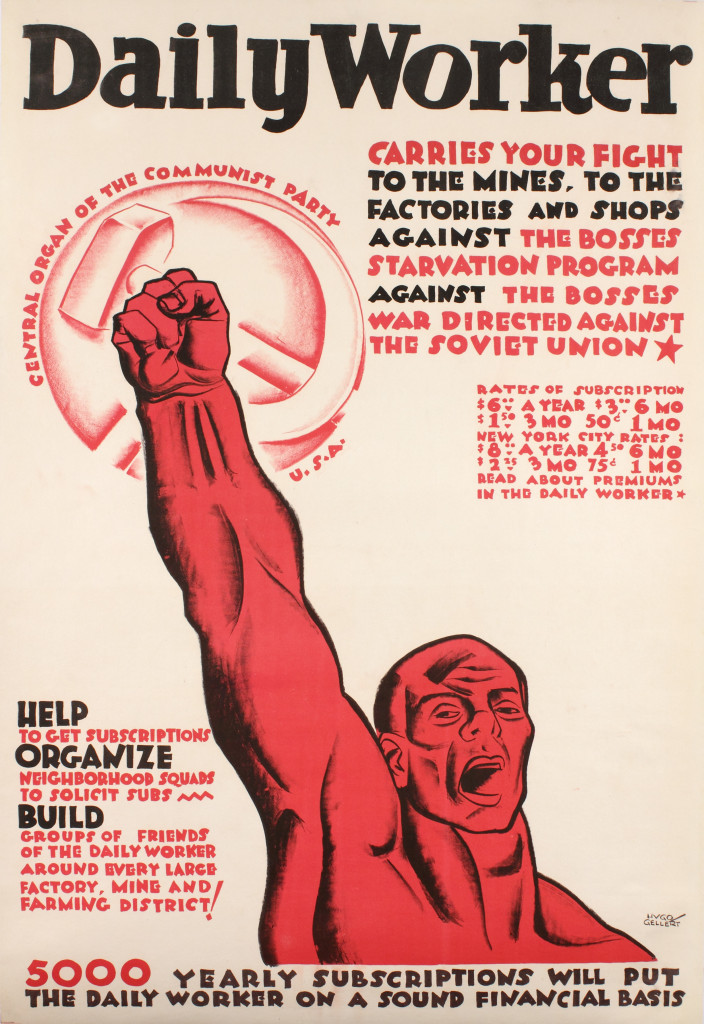 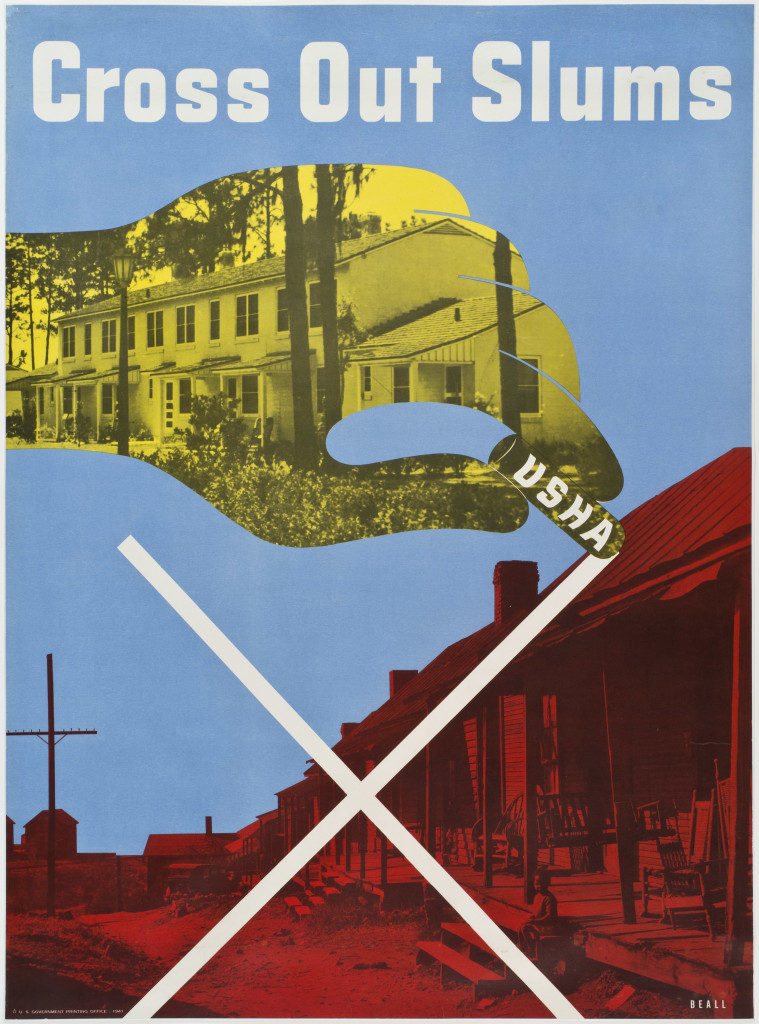 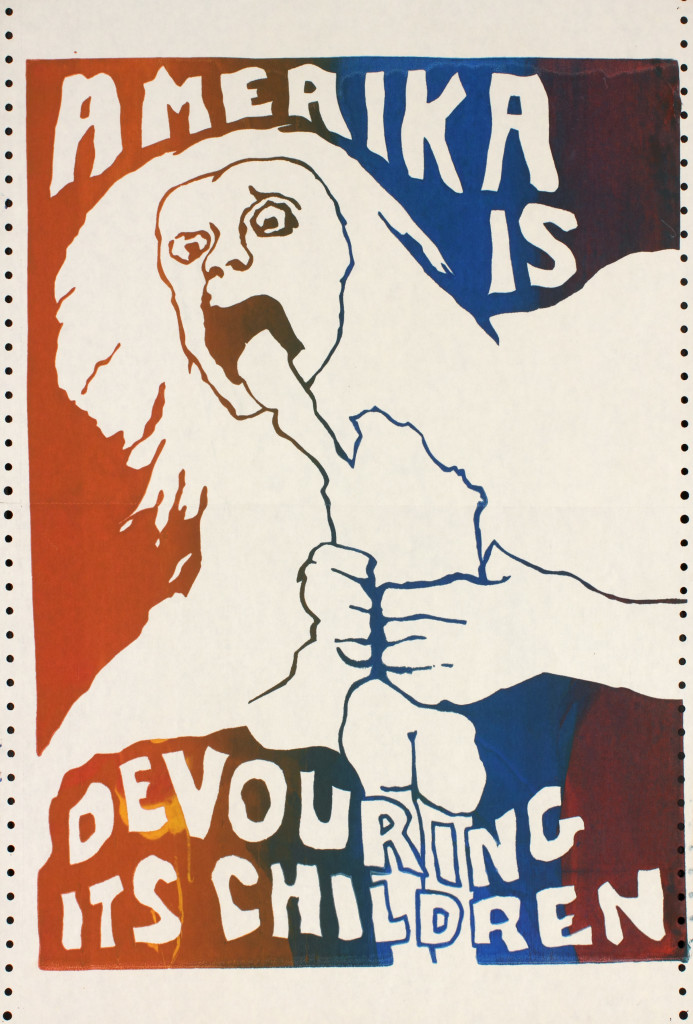 Jay Belloli, “Amerika is Devouring its Children,” 1970, silkscreen on paper. Image via NYHS.

Appropriately for a gallery of American iconography, the featured artists embody diversity itself. Among those displayed prominently are communist and Hungarian immigrant Hugo Gellart, Black Panther minister Emory Douglas, and the Goya-inspired French artist Tomi Ungerer whose art was too radical even for Columbia University, center of many of the most vocal anti-war protests of the Vietnam war era.

Inspiration for the artists came from all over the globe. Anti-fascism protests in 1920s Europe, traditional art forms from African countries and Native American tribes, Romantic-era Spanish art, all are represented among the offerings.

The full title of the exhibit is Art as Activism: Graphic Art from the Merrill C. Berman Collection, and it runs from June 26 through September 13 2015 at the New York Historical Society on Central Park West. The gallery is open Tuesday through Saturdays, and is pay-as-you-wish every Friday.

All Art as Activism images are from the New York Historical Society’s image downloads for press.