Summer Theater Roundup: Catch all the Drama This Season in NYC 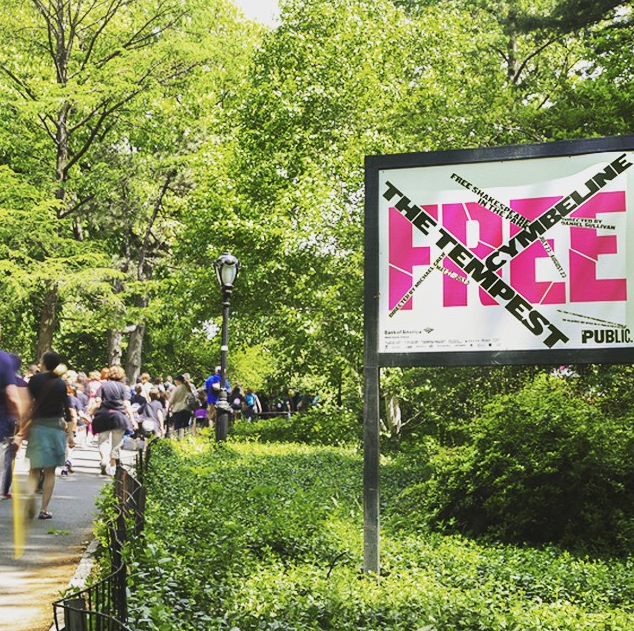 Theater-goers make their way to one of the free Shakespeare in the Park performances, put on by The Public Theater. | Image via Instagram.

One of the best things about living in New York City is the fact that you can always count on there to be a multitude of cultural events and arts programs year-round. Even when it feels like everyone has already taken off for the beach, everywhere you look there are outdoor theater performances, larger-than-life block parties, new museum exhibitions, and pop-up arts programming. In honor of the bountiful arts offerings NYC provides in the summer (and always), here are some summer theater highlights:

Lincoln Center exists as one of NYC’s most shining cultural gems, and the Lincoln Center Festival does not disappoint. The Lincoln Center and its fantastic programming is made possible in part by the support of prominent board members including William Ford of General Atlantic, Bill de Blasio, David H. Koch, Betty Levin, Lillian Vernon, and many others, as well as private donations. The annual Lincoln Center Festival brings in theater, music, and dance performances from around the globe. This year’s festival runs through August 2nd, so don’t miss out!

Shakespeare in the Park

Shakespeare in the Park is a beloved summer theater offering found in various incarnations in multiple cities. However, it might be safe to say that no where else is it performed quite the way it is in New York. Part of this is because it is organized by Public Theater, a theater company that is dedicated to “developing an American theater that is accessible and relevant to all people.” With this mission – cultivated by Public Theater founder Joseph Papp – in mind, it’s no wonder that all Shakespeare in the Park performances are not only free, but deeply engaging and enjoyable for audiences who attend them. The 2015 season of Shakespeare in the Park will feature plays “The Tempest” and “Cymberline.” Learn more here.

Encores! Off-Center is a successful spinoff of City Center’s “Encore!” series, which shines a spotlight on off-Broadway musicals and plays. This season, don’t miss out on Andrew Lippa’s The Wild Party, which City Center describes as “a tragic Jazz Age love story.” The play originally premiered off-Broadway in 2000, and you can catch it this summer as part of Encores! Off-Center’s wonderful theater programming.

For even more summer theater offerings, be sure to check out this awesome round-up from am New York.