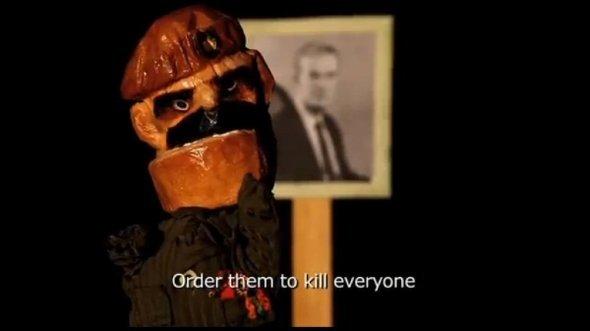 Image: A still from the Top Goon Reloaded collection | Artnet

The BBC has been slammed for plans to spend 8.16 million pounds, or about $12 million, on a digital arts website called The Space, a project intended to promote the accessibility of art. However, The Space is a collaboration with Arts Council England, which is publicly funded—and many people are questioning the BBC’s choice.

The Space is going to be a quirky, strange kind of website, promoting art that may not be of interest to everyone. Included are projects like Top Good Reloaded, described as an “online series of sarcastic and irreverent puppet films.”  There are more mainstream inclusions, including recorded music and dance pieces.

Damian Collins, a member of the Commons culture committee, strongly disapproves of the spending. “I do not see how it can be within the BBC’s remit to sponsor digital art,” Collins told The Sun. “Is it really something the BBC should do, rather than other arts bodies which are well supported and better placed?”

But the BBC defends The Space and their decision to fund it. “We are spending more of our time online and on digital services so it’s important our art and culture is available in new ways, too.” But the Sun article, which slams the project, points out that though Space creator Alan Yentob persuaded Tony Hall, Director-General of the BBC, to invest 8 million pounds in the idea, Yentob has been unable to articulate exactly what the Space is. Yentob resigned from the project in March.

The article also says that BBC staff are worried about how bad the debacle looks.

Despite the way things look, the BBC is still acting in favor of the Space. “The work the Space commissions should have the potential to excite a broad audience but it should also be allowed to take some risks and learn what works and what doesn’t.”