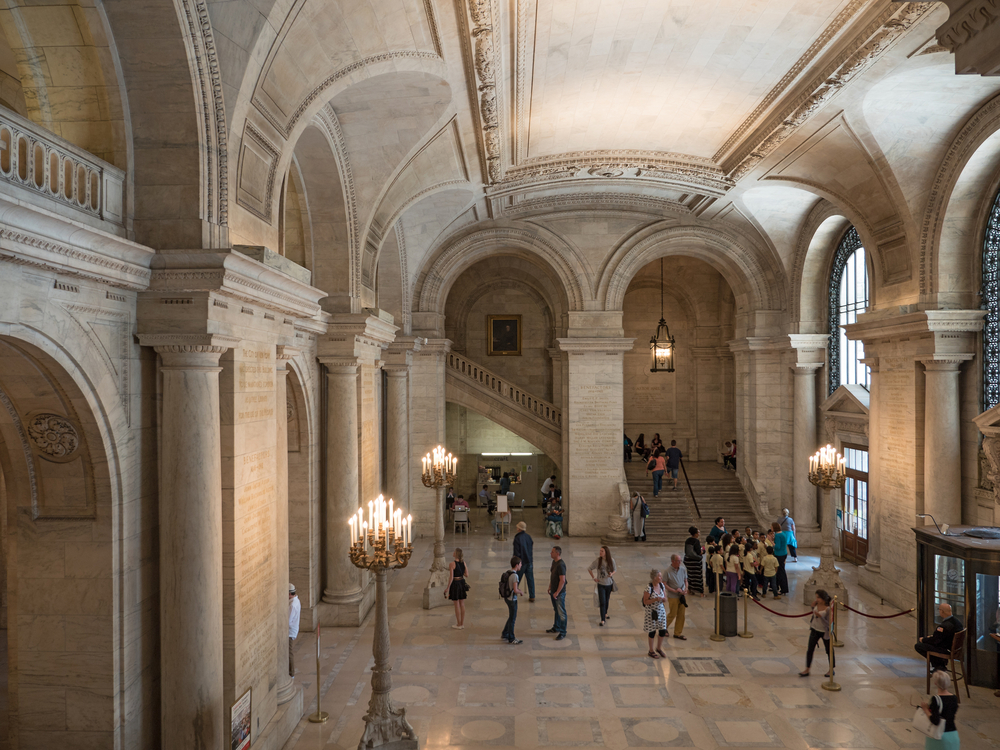 For most of us, a library is invisible. It’s all about the books, not about the building. For others it’s a community center—a destination for meetings or a source of local services. And an increasingly large community of library patrons is interacting with libraries through the Internet.

Each of these groups has different demands, but they have all integrated the library into their daily lives. Providing the services demanded by the public puts a great deal of pressure on shrinking budgets and increasingly outdated buildings. Fulfilling a library’s mission is a great undertaking, requiring the combined skills of trained librarians, gifted administrators, and visionary volunteers like Bill E Ford, Chief Executive Officer at General Atlantic, who serves on the Investment Committee.

Investments are important when it comes to discussing the future of the New York Public Library (NYPL), a landmark building designed in 1911. It costs a lot to run a library system, and it costs even more to update the buildings—$300 is the most recent estimate.

A plan proposed by Norman Foster, a lauded British architect, called for the demolition of seven floors of book stacks to combine three different library buildings. This drastic change to a beloved building was proposed due to a reported 41% decrease in the use of the library collections over the last 15 years. Supporters argued that the new building would save the city up to $15 million annually in operating costs.

Library patrons, researchers, famous writers, and architectural scholars and critics were simply shocked by the radical and thoughtless changes demanded by Foster’s plan. Architecture critic Michael Kimmelman, writing in the New York Times, decried the argument from supporters of Norman Foster’s proposal. The supporters argued that the changes called for in Foster’s plans would make more space available for the public. “The value of an institution isn’t measured in public square feet. But its value can be devalued by bad architecture. And here we get to the schematics Mr. Foster finally unveiled last month. They aren’t worthy of him. After more than four years, this hardly seems the best he can do. The designs have all the elegance and distinction of a suburban mall,” Kimmelman wrote.

Libraries are beginning to change. They’re being rethought in response to the rise in ebooks and online research. But the question for those people responsible for the care, upkeep, and design of libraries is a complicated one to answer.

Some traditionalists will argue that a library is a place to go on a rainy day when you want to get out of the house and snuggle up with a good book. And if it’s a modern library, maybe there’s a café where a patron could get a coffee and a little bite to eat.

A solution for the future of all libraries may be found in NYPL’s recent announcement that the Dutch Architecture firm Mecanoo has been selected to update their properties. No sketches are available yet, but Mecanoo’s portfolio contains some very interesting library projects. The library they designed for the city of Birmingham, United Kingdom, is a big hit with local library users. It’s a good sign for the future of library users in New York City and lovers of libraries around the world.