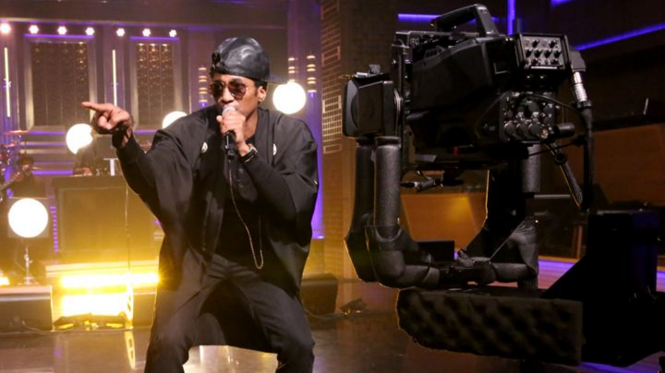 For the first time in its long history, the Kennedy Center will focus on hip-hop music and culture for the 2016-2017 season. The organization has appointed rapper and producer Q-Tip to curate the selection, a year-long festival of performances and the arts. This is Kennedy Center President Deborah Rutter’s first season of programming.

The year that celebrates hip-hop will include 25 commissions across a number of genres with a focus on the artist who creates things, from Yo-Yo Ma to violinist Joshua Bell to Terence Blanchard, the season’s artists-in-residence. The season will also include pieces from the Ireland 100 Festival and next month’s Art Summit, as well as tributes to Pete Seeger, Nina Simone, and Abbey Lincoln. Other events include the world premiere of the B-Fly commission “All the Way Live!” and the Brave New Voices Youth Summit, a poetry slam dedicated to young people around the world.

“It’s an important aspect of our identity here at the center is the fact that we are a living memorial,” said Rutter. “You can’t really, as a performing arts center, recognize Kennedy’s achievements, but you can extrapolate the ideals that we associate with him and bring these ideals to life through performing arts activities.”

This year marks the 100th anniversary of John F. Kennedy’s birthday. It’s also the first year that the Center will offer such a cohesive program with its own curator. The Center has provided hip-hop events for the past 15 years, but this is the first time there’s an entire program dedicated to its celebration.

“[The program] couldn’t have come at a better time. As a nation, we’re dealing with issues of race, issues of racism, issues of misogyny,” Q-Tip said. “With hip-hop constantly changing and evolving, it is easy to forget the history and legacy that precede it. I want to begin at the beginning of the culture to help people see its roots, better understand its present, and responsibly create its future.”

Q-Tip is widely recognized for his involvement with A Tribe Called Quest, a group founded with high school friends in 1985. The group is considered pioneers of alternative hip-hop, opening the genre’s constraints and making way for other new artists.