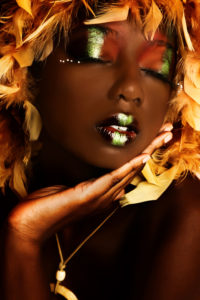 Back in April of 2015, during the opening of the Whitney Museum, Michelle Obama gave an impassioned speech about how museums aren’t very welcoming towards people of color.

“You see, there are so many kids in this country who look at places like museums and concert halls and other cultural centers, and they think to themselves, ‘Well, that’s not a place for me, for someone who looks like me, for someone who comes from my neighborhood,’” she said. The First Lady went on to say that growing up on the South Side of Chicago made her one of those kids.

But all of that’s changing, thanks in large part to Michelle Obama’s speech, but also due to shifting societal norms. Social justice has become a hot topic, and the pressure to be more inclusive has finally breached the ranks of some of the most prestigious art museums.

Take the Smithsonian, for example. On September 24, 2016, the world’s largest museum and research institution will present the National Museum of African American History and Culture. This will be the first and only national museum dedicated to African American culture, history, and artwork. Almost four centuries later, African Americans are finally getting the recognition and representation they deserve.

Then there’s the Brooklyn Museum. The Brooklyn Museum is honoring Black heritage by featuring an entire gallery on historical African art. The exhibit, titled Disguise: Masks and Global African Art, is on display until September 18, 2016.

New York’s premier art museum, the Met, debuted its African-American Artists, 1929-1945 exhibit back in 2003. The exhibit was the first Met exhibit to feature prints, drawings, and paintings exclusively created by African Americans.

While it’s disappointing that many of these exhibits and museums come centuries after the fact, it’s a bittersweet historical moment, because late is better than never.