Fast Forward: Painting From the 1980s 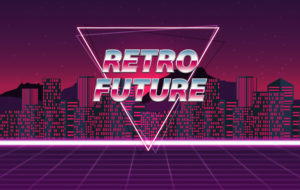 Last Friday, the Whitney Museum of American Art opened a brand new exhibit called Fast Forward: Painting From the 1980s. Those who enjoy risqué and political art will find the exhibit most enjoyable.

It’s certainly not your average run-of-the-mill exhibit. In fact, it’s virtually unheard of for any high-end museum to showcase art from the recent past. But perhaps this is the mark of a new age—an age where art doesn’t have to be centuries old in order for it to be revered.

Fast Forward: Painting From the 1980s allows viewers to reflect on the cultural shifts that have taken place in the last 30-40 years. The 1980s were often associated with the “moral decay” of society. Homosexuality was becoming more acceptable, promiscuity was on the rise, and gentrification was at the forefront of economic concerns.

The collection consists of about 40 paintings from just as many artists. These artists painted the world as they envisioned it, one that was often marked in stark contrast to the one envisioned by former President Ronald Reagan. Art became the medium in which people could express their break with traditional values.

Nudity is a common theme in these paintings. The subjects are exposed and vulnerable, much like the artists themselves. There is also quite a bit of diversity in regards to the ethnicity of the subjects. Racial equality and illegal immigration was a hot-button topic back then, one that echoes modern-day sentiments.

The exhibit seems to imply that in some ways, American society has evolved. For example, a 2015 Gallup poll revealed that 60% of Americans favor same-sex marriage. That’s the highest approval rating ever recorded in history. But even though there are signs of improvement as far as equality goes, we’re still not there yet. Still, the exhibit lends hope in regards to the progress that has been made.

Fast Forward: Painting From the 1980s was put together by Jane Panetta, associate curator, and Melinda Lang, curatorial assistant. The exhibit is on display until May 14, 2017.