Not So Fast: Kendrick Lamar is Not the Feminist You Think He Is 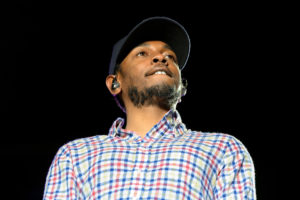 When Kendrick Lamar rapped about the beauty of stretch marks in “Humble,” many lauded him as a feminist. But does this one body-positive line make up for the 40 times that he uses the word “bitch” in the same song? And does it make up for the line in which he says, “Girl, I can buy yo’ ass the world with my pay stub / Ooh, that pussy good, won’t you sit it on my taste bloods”?

Furthermore, does it make up for the fact that in his music video, Lamar is surrounded by scores of scantily clad women? These women, by the way, are wearing tons of makeup, which seems to contradict his lyrics in which he says, “I’m so fuckin’ sick and tired of the Photoshop / Show me somethin’ natural like afro on Richard Pryor / Show me somethin’ natural like ass with some stretch marks.”

And the “all natural” model in his music video? It’s worth noting that filmmakers used special lighting to make her look her best. This is an important concept for women and young girls to understand so that they don’t feel insecure if they don’t look as attractive without makeup.

But despite all of this, women still hailed Lamar for his stretch marks line. Why? Because women are so used to be being objectified and disrespected in music that they’re willing to overlook all the misogyny for just one uplifting line.

If Lamar (or any rapper for that matter) wants to pave the way towards racial equality, he’s going to have to start including black women in his vision. Thus far, most of his music focuses on the rise of black men (such as the recreation of “The Last Supper” in his “Humble” music video). Black women have been fighting for racial equality since the very beginning, it’s about time they get the recognition they deserve.