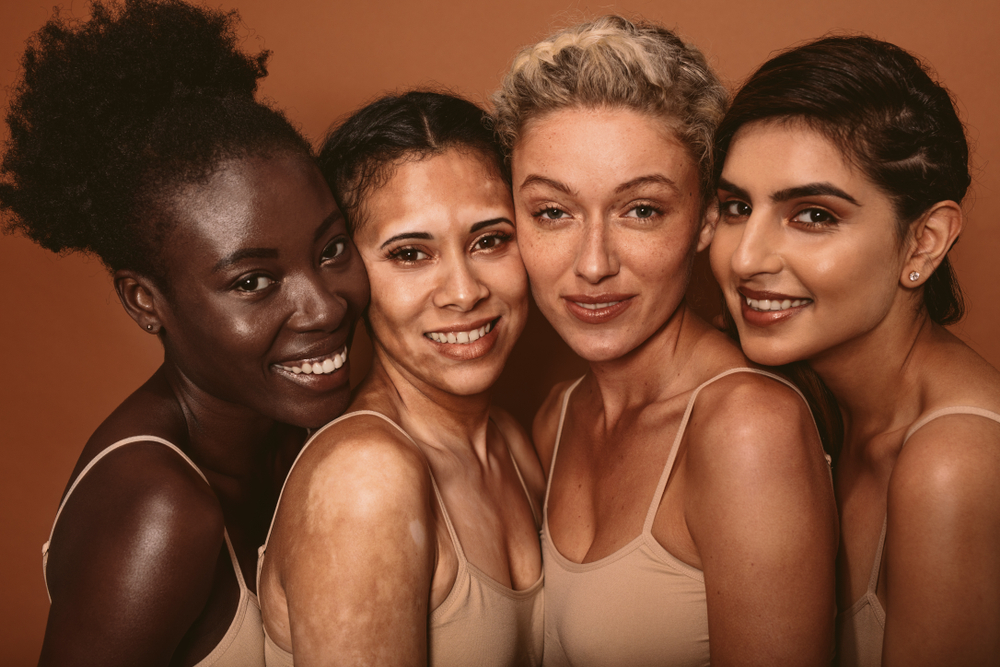 The woman pictured second to the left has a skin condition called vitiligo. An artist from Missouri has crafted hand-made dolls with vitiligo to make children feel more comfortable in the skin they’re in.
Photo credit: Shutterstock

Today, not all dolls are cookie-cutter thin, blonde, and blue-eyed like Barbie. In fact, Barbie recently released a series of dolls inspired by women role-models, such as Frida Kahlo and Amelia Earhart. With the increased demand for assorted dolls that empower girls and look more like the children who play with them, it’s no wonder that artist Crystal Kay is on the rise.

Kay, who is from Missouri, upcycles porcelain dolls to promote diversity.

Originally a nail artist and hair stylist, Kay started working with other mediums years ago after starting “Kay Customz,” a side-project where she sold handmade Afro-centric jewelry. However, when her 10-year-old daughter was getting rid of some of her old dolls, Kay was inspired to refurbish them.

Kay’s refurbished dolls come in all shapes, sizes, skin tones, and more. The small town artist even paints them to reflect natural skin marks and conditions such as birthmarks, freckles, and albinism. But perhaps the best-selling one is the vitiligo doll.

What began as a one-off idea has made Kay Instagram famous with over 22,000 followers, landed her interviews with top U.S. magazines, and sparked interest from celebrities such as Mike Epps and Tia Mowry.

“I want to create dolls that any and everyone can relate to,” said Kay in an interview with Mashable. “I see beauty in everyday life. I wanted to convey the message that beauty should not be manufactured.”

While some of the dolls take only 2-3 hours to upcycle, the more intricate ones take up to 2-3 days. They currently sell for $125 and up, but Kay is also collecting donations on her GoFundMe with a goal of $30,000 to put the special ones into mass production.

While the artist might feel like her dreams are still far off, Mashable writer Chelsea Candelario writes, “Crystal Kaye might be closer to her goal than she thinks.”