National Museum of Brazil Goes Up in Flames 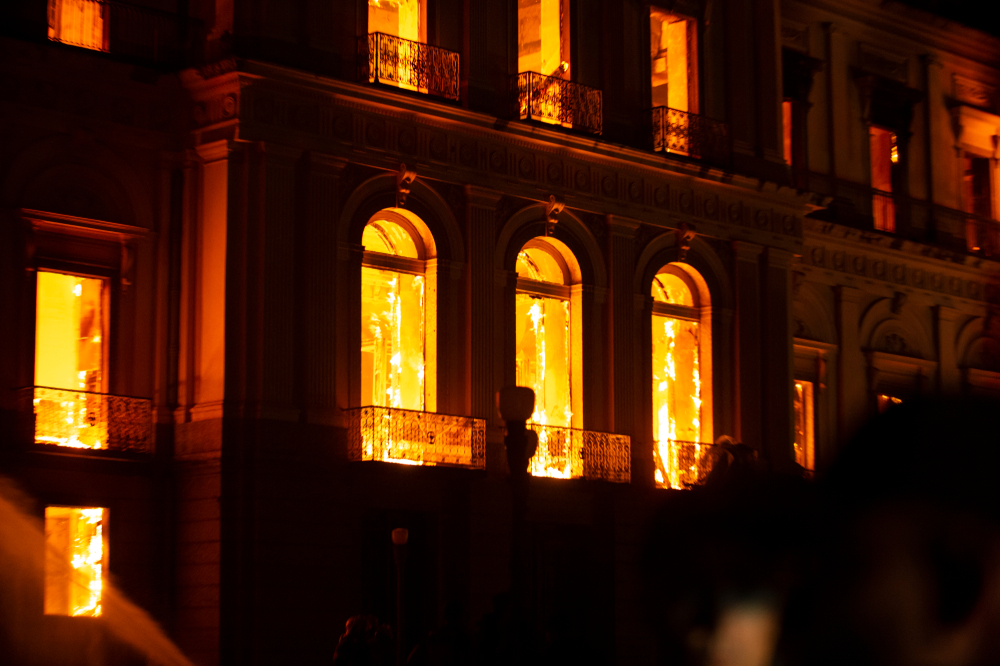 A major fire broke out at the National Museum of Brazil, located in Rio de Janeiro, this past Sunday, September 2. The good news: it happened after visiting hours so there were no human casualties. The bad news: the Guardian reported that up to 90 percent of the museum’s collections and artifacts may have been destroyed.

Michel Temer, president of Brazil, tweeted (in Portuguese) that it was “a sad day for all Brazilians.”

“The loss of the National Museum collection is incalculable for Brazil,” he wrote. “Two hundred years of work, research, and knowledge have been lost.”

The museum, which holds some 20 million artifacts, is a beloved landmark in Rio de Janeiro. It boasts a vast array of scientific collections, including a large library.

Museum goers are treated to objects from all over the world, including those from ancient Egypt and Greece. The idea that these collections are now destroyed—and irreplaceable—doesn’t sit well with most Brazilians. In fact, many are blaming the fire on poor government funding and inadequate maintenance of key infrastructure, such as the building’s sprinkler system.

Protesters took to the streets soon after, faulting the government for focusing more on high-profile projects while neglecting its national buildings. Luiz Fernando Dias Duarte, the museum’s deputy director, said the stadiums for the Olympics and the World Cup were just two examples of the government’s erroneous spending.

“The money spent on each one of those stadiums, a quarter of that would have been enough to make this museum safe and resplendent,” he said.

In fact, Duarte told a local news station that the museum had been poorly funded for years, and they had recently made a deal with a state-run development bank to restore and update the entire museum, including, ironically, the installation of a new fire prevention system.

As of right now, the cause of the fire is undetermined.