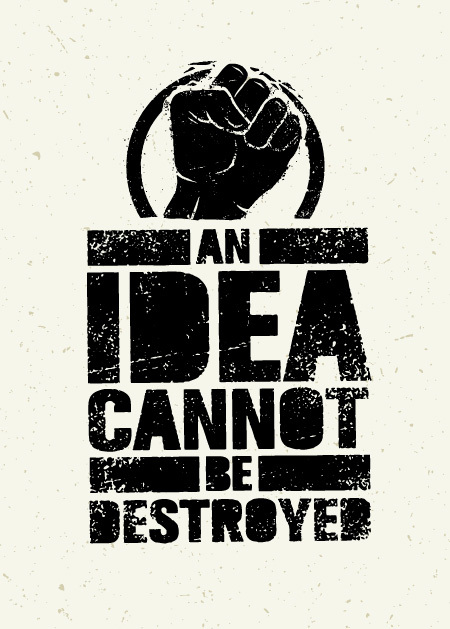 Most roadside billboards tell a story—usually through advertising. But for a group of artists across America, those stories are told in the form of non-partisan political art.

For Freedoms is a platform for creative civil engagement. Founded by artists Hank Willis Thomas and Eric Gottesman, For Freedoms spreads the message of non-partisan social activism and community. The organization’s mission statement reads:

We believe citizenship is defined by participation, not by ideology. Through non-partisan nationwide programming, we use art as as vehicle for participation to deepen public discussions on civic issues and core values. We are a hub for artists, arts institutions, and citizens who want to be more engaged in public life.

Thomas and Gottesman’s mission has helped create the 50 State Initiative: the largest artist collaboration in American history. Political messaging is used to make statements and get people thinking, but it’s done so in a way that readers don’t know who’s side the artist is on, if there is even a side at all.

“People look us up or call the billboard company to inquire what the billboards mean,” said Wyatt Gallery, For Freedoms’ billboard director. “That’s a huge sign of success, that people are willing to take that step.”

Up until November, billboards across the country will boast images of minority families, guns, and Native American suffering, along with messages such as: “grab ’em by the ballots” and “every refugee boat is a Mayflower.”

Each billboard is made from the passion and experience of each particular artist, telling personal stories and how they view the current climate of the country without blatantly aligning themselves with a political party.

“Often the response to the billboards is a question: ‘What does this mean?’” said Gottesman. “We say: ‘What do you think it means? We don’t know, help us figure out what this means together.’”

He adds: “It’s not about taking sides. It’s to ask questions, even if they don’t end in a question mark.”