Debate Over Trigger Warnings Sparks a Rift in the Art World 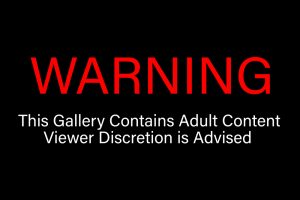 The Denver Center for the Performing Arts is at the center of a heated controversy after it posted a trigger warning ahead of a live show. The sign, which was posted just outside the theater door, cautioned audience members about some potentially upsetting material contained within the play “Vietgone.”

Trigger warnings like these, which were nonexistent up until just recently, are part of a growing trend among American theaters. The Baltimore Center Stage, for example, included an advisory note in its synopsis of “Wasted,” a play about the aftermath of a drunken sexual rendezvous.

“This production may trigger an adverse reaction,” the Baltimore Center Stage warned.

Other theaters have posted similar notices. The Asolo Repertory Theater in Sarasota, FL, for example, alerted viewers about “potentially disturbing, realistically depicted gun violence” ahead of an upcoming showing of “Gloria.” The theater even took it a step further by providing plot particulars in the spoiler section of its website.

But just because trigger warnings like these are becoming more common, that doesn’t mean everyone agrees with them. Susie Medak, managing director of Berkeley Repertory Theater, believes that notices like these ruin the purpose of art.

“We have a generation coming of age that expects to be protected from discomfort, and a lot of companies succumb to that,” said Medak. “To me, it’s a frustrating trend—what’s the point of experiencing art if you don’t expect to be surprised?”

As for the Denver Center for the Performing Arts, artistic director Chris Coleman believes there’s a balance that can be struck between those who appreciate the warning and those who would rather be surprised.

“We’re all just trying to find the line between setting people’s expectations and not treating them like children and not giving away the core of the story,” said Coleman.