TILA Studios: A Space for Black Women in Fine Art 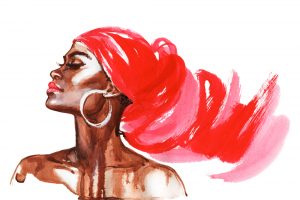 The art world is notorious for its lack of diversity. According to Forbes contributor Dominique Fluker, only 4 percent of the art featured in U.S. galleries and museums are by black women. But rather than wait for a seat at the table, black women have simply decided to make their own table.

Enter TILA Studios: an Atlanta-based arts incubator created specifically for black female artists. It was founded in 2016 by Tiffany LaTrice—an artist, entrepreneur, and scholar who saw the need for such a place.

“Knowing, historically, black women have always empowered each other to attain success, I was like, ‘Well, let’s create an actual physical space where black women can gather and support each other and get all of our own network and develop our own opportunities to kind of disrupt this industry,’” LaTrice told HuffPost.

Recently, the organization raised enough money to send 10 of its fellows to the Miami Art Basel, one of the largest and most prestigious art fairs in the world. According to HuffPost, more than 70,000 people and 4,000 artists attend each year (most of whom are white). But those demographics could be changing very soon, thanks to diversity pushes from groups like TILA.

“An artist has many different shapes, forms, and facets in their narrative,” LaTrice explained. “And I think we’ve been seeing that a lot and I think you need to start seeing that in such a traditional space like the art industry. We’re having these conversations across our community and I think it’s time to disrupt the traditional and kind of stale industry that hasn’t really seen a lot of shakeup. So [we went] down there to kind of shake things up.”

The initiative behind TILA is so admirable that it even caught the attention of Rep. Frederica Wilson (D-FL), who remarked that black women’s “skill, promise, and ‘magic’ is unstoppable, if we are simply given a chance.”