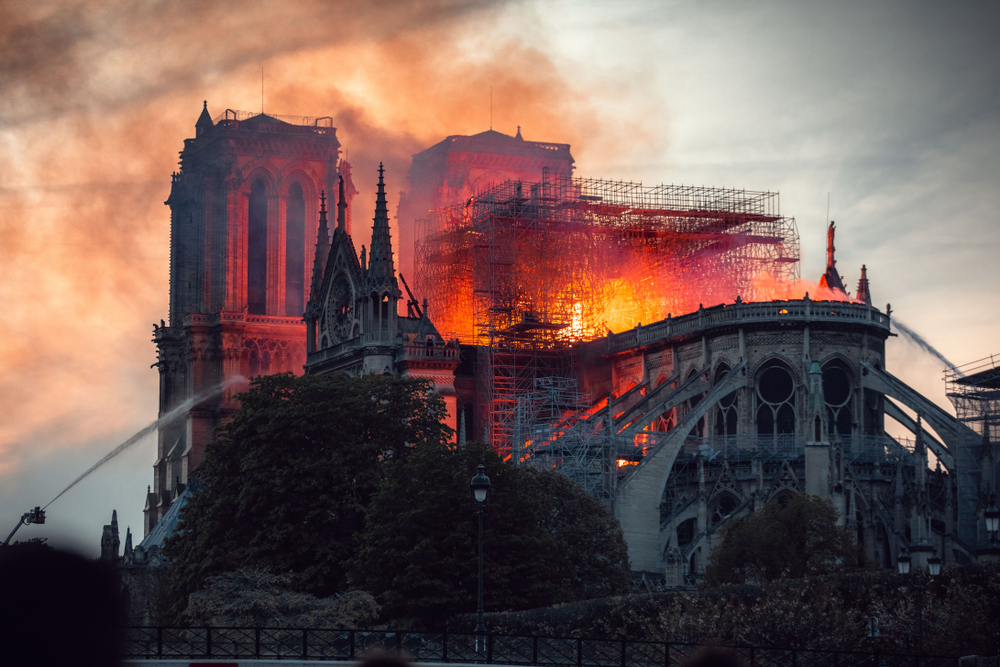 On Monday, the world watched in horror as France’s iconic Notre Dame spire toppled over in a fiery blaze. The historic cathedral, which is over 850 years old, is considered a gem of medieval Gothic architecture.

The loss of such a significant artifact has Parisians wondering how to go about replacing it. It’s a question that French Prime Minister Edouard Philippe is posing to experts around the globe.

“Should we reconstruct an arrow? The same? Adapted to the techniques and challenges of our time? An international architecture competition for the reconstruction of the cathedral spire will be organized,” Philippe wrote on Twitter Wednesday.

“In the coming months we’re going to have a terrible debate,” said Stéphane Berhault, an architect who specializes in historic renovations. “It’s always the same in France. Everyone will want to impose their point of view.”

Notre Dame’s former chief architect, Benjamin Mouton, is adamant that the new spire be an exact replica of the original.

“The spire is a masterpiece,” Mouton insisted. “It must be rebuilt as it was.”

But others insist there is room for modern touches, given that even before the fire broke out, some parts of the building were original while others were added or replaced.

On Tuesday, French President Emmanuel Macron said that he would like the restoration to be finished within five years. However, experts have expressed concern over whether Macron’s timeline is realistic, considering that a project of this scale would take hundreds—if not thousands—of carpenters, craftsmen, and masons to complete.

“These buildings deserve to be looked after and repaired,” said master stonemason John David, who estimates that the stonework alone would take approximately 10 years. “There shouldn’t be any rush.”

Frederic Létoffé, who manages a trade group of French companies that specialize in rebuilding historic monuments, gave a similar timeline.

“A restoration of 10 to 15 years sounds reasonable,” Létoffé concluded.