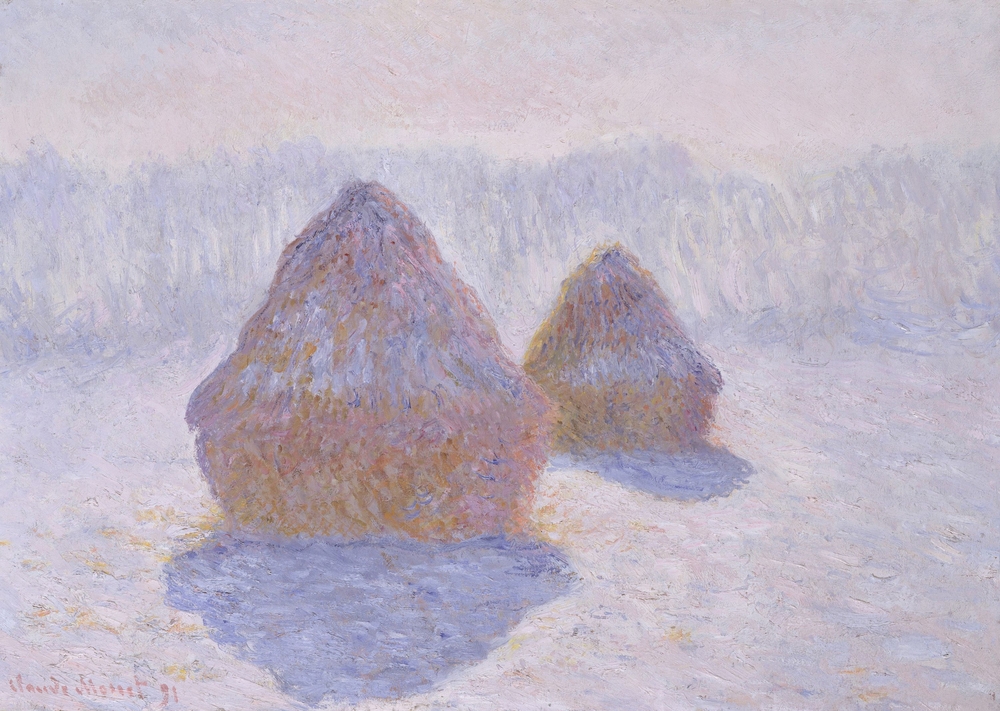 “Haystacks,” by Claude Monet. Between 1890 and 1891, Monet created over two-dozen paintings of haystacks near his house in Giverny, France.
Source: Shutterstock

The most expensive Impressionist artwork ever sold at an auction was purchased at Sotheby’s in New York this past Tuesday. It was a painting from Monet’s “Haystacks” series. An anonymous bidder acquired it for $110.7 million.

“One of the most recognizable images in art history, Monet’s ‘Haystacks’ series has long served as an inspiration to countless artists since its creation in the early 1890s,” said August Uribe, Sotheby’s head of Impressionist and modern art.

Much of the value is derived from the fact that this particular piece is considered the best of the 25-artwork series. Couple that with the fact that these artworks are rarely available for purchase and it’s understandable why it’s such a hot commodity amongst collectors. In the past century, only four of the 25 paintings have appeared at auction, and just eight are privately owned.

“They’re so evocative, so romantic, and so easy to live with,” said Offer Waterman, a London-based art dealer. “That was the best of the series that’s come up for auction. It was an amazing painting. And you just can’t get them.”

According to CNN, it took six bidders less than 10 minutes to reach the record-breaking price. The painting’s previous owner paid $2.5 million for the piece in 1986—44 times less than Tuesday’s final sum.

“The longer you spend buying it, the longer you’ll spend enjoying it,” Harry Dalmeny, the auctioneer and chairman of Sotheby’s United Kingdom, told bidders.

Aside from breaking a record for the most expensive Impressionist artwork ever sold, it is also the ninth most expensive painting ever purchased at an auction. The current record holder is Leonardo da Vinci’s “Salvator Mundi,” which sold for $450 million at Christie’s in New York in 2017.