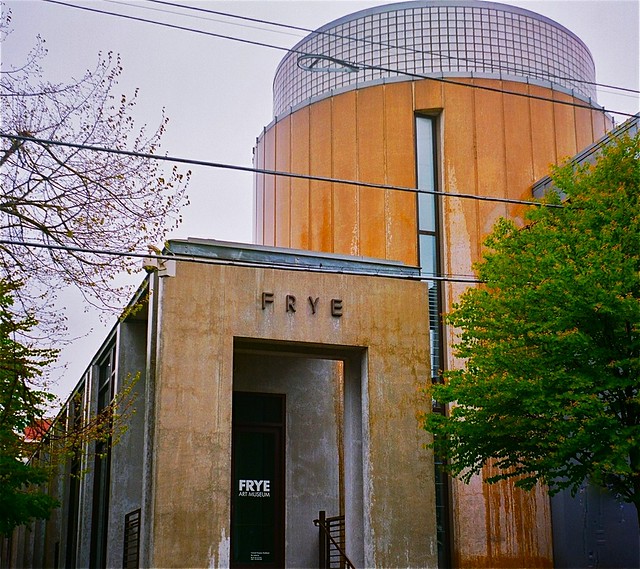 Low wages and poor benefits have inspired security guards at Seattle’s Frye Art Museum to form their own union. Underpaid employees say they’ve gone to extreme lengths to keep up with the city’s high cost of living—including sleeping on friends’ couches and putting off surgery.

“We’re doing this because we care about the Frye and we care about future employees of the Frye,” said security guard Caitlin Lee, who has worked for the museum since 2017. “We know we’re not alone. We know that other museum workers are also facing similar hardships and it would be amazing to see other art museums rise up and join with us.”

Many art institutions say that while they would like to pay their workers more, they simply can’t afford to due to budgetary constraints. But Frye security guard John Edens doesn’t buy it.

“A lot of these museums have spent millions of dollars on projects while claiming they don’t have the money to support their most essential staff—the staff that keeps the institutions running on a day-to-day basis,” Edens told ARTnews. “A lot of museum workers have gotten really tired of the excuse that the place they’re dedicating themselves to simply can’t afford them.”

The newly established Art Workers Union (AWU) has already attracted a lot of attention from public officials, including Seattle City Council member Kshama Sawant, who promised to support workers in their fight for “dignity, good pay, and respect at work, and for their right to housing affordability in Seattle.”

“It is also not acceptable for the Frye Art Museum, a free museum, that says it is a ‘living legacy of visionary patronage and civic responsibility‘ to pay its talented workers such paltry wages,” Sawant said. “I invite Frye board of directors to practice civic responsibility and start right here today by recognizing the Art Workers Union.”