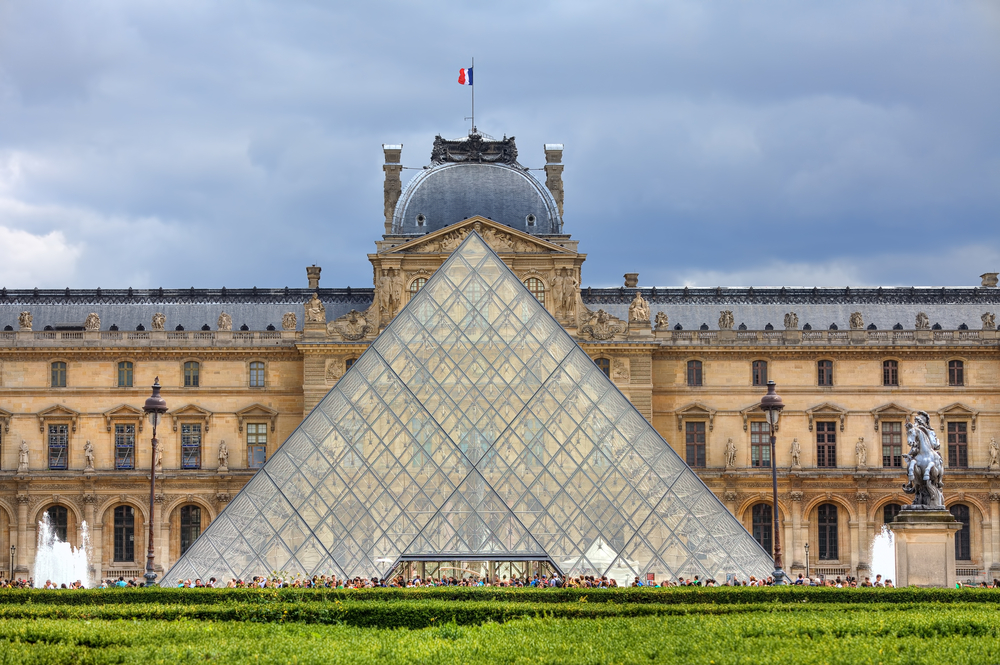 The main entrance to the Louvre, the largest museum in the world.
Photo credit: Rostislav Glinsky / Shutterstock

One of the most prominent names in art philanthropy, the Sackler family, will no longer be featured on the walls of the Louvre museum in Paris.

On July 1, more than a dozen protesters gathered outside the Louvre and unfurled a large banner that read, “Take down the Sackler name.” The protest was organized by American photographer Nan Goldin, founder of the activist group Prescription Addiction Intervention Now (PAIN).

Goldin holds the Sacklers responsible for the current opioid epidemic, given that the family owns the pharmaceutical company that manufactures the highly addictive prescription painkiller OxyContin. A former opioid addict herself, Goldin wants museums, universities, and institutions to cut ties with the Sackler name.

On Wednesday, July 17, the Louvre released a statement confirming that the name had been taken down. However, the museum claims their decision was based on the fact that the Sackler name rights had expired.

“The Theresa and Mortimer Sackler Foundation supported the refurbishment of rooms of Persian and Levantine art in the period 1996 to 1997,” the statement reads. “Since then, there has been no other donation from the Sackler family. On 10 October 2003, the museum board decided to limit the duration period of named rooms to 20 years. This donation is more than 20 years old, the name-period is therefore legally closed and these rooms no longer carry the Sackler name.”

Despite this reasoning, Goldin believes that the protest influenced the museum’s decision more than the institution is willing to admit.

“I think this shows that direct action works,” Goldin said. “It’s important that this name be scrubbed from institutions and museums. Museums belong to the public and the artists, not to donors. They are supposed to be places where people can be educated and experience a higher form of education through art, not a place where they’re coming into contact with dirty money.”