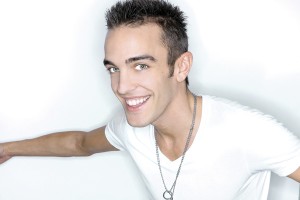 For Adam Bouska, art and activism make the perfect pair. Currently based in Los Angeles, Bouska is an award winning American fashion photographer who has gained enormous public interest over the last few years for his work with celebrities and media outlets, as well as for his human equality activism.

Bouska runs a photography studio based out of L.A., and while some of his most famous work involves male models, he has also worked with many different people and is considered a “superstar photographer” in the gay community. This superstar status is a testament to Bouska’s artful photography skills, as well as his commitment to LGBT activism.

In 2008, Adam Bouska co-founded the now immensely influential NOH8 Campaign, a charitable organization that peaceably promotes human equality, paying special attention to injustices in marriage and gender equality for all people. Bouska’s photography skills, combined with a passion for social change, are what helped make the NOH8 Campaign a reality. 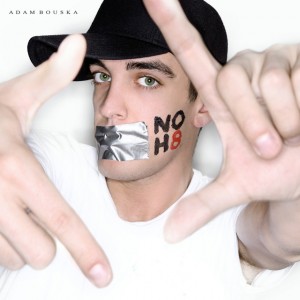 The project now features thousands of photographs of people from all walks of life posing with duct tape over their mouths and “NOH8” written on their cheeks in silent protest of human inequalities. The protest gained national and international attention when celebrities began to join the initiative; Bouska has photographed Jane Lynch, Tom Bergeron, Larry King, and Patti Stanger for the project, just a handful of thousands of influential public figures that advocate for NOH8.

Outside of his acclaimed efforts in activism, Adam Bouska’s work has been featured on a variety of television shows and in publications like The New York Times, Life and Style Magazine, The 2010 Guiness Book of World Records, The Today Show, CNBC, The View, and many more. His dedication to LGBT activism paired with raw talent and a creative edge make him a force to be reckoned with in the artistic community and beyond.