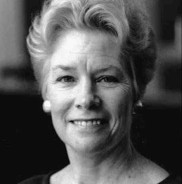 Dorothy McSweeny is a board member for Americans for the Arts. According to its website, “Americans for the Arts is the nation’s leading nonprofit organization for advancing the arts and arts education.” Throughout the years, McSweeny has helped found organizations such as the John F. Kennedy Center for the Performing Arts, National Symphony Orchestra, The Washington Ballet, the National Museum of Women in the Arts, and many more.

She was recently awarded the National Assembly of State Arts Agencies’ (NASAA) Distinguished Public Service Award. The award seeks to honor individuals who have made a significant progress gaining public support for the arts in their state or the country. It honors individual volunteer leaders with a record of strong service and creative thinking.

Most recently, she was a chair for the Mid Atlantic Arts Foundation (MAAF), for which she has served on the board since 1999. She was also the chair emeritus for the DC Commission on the Arts and Humanities (DCCAH). During her time there, the DCCAH’s budget improved substantially and more than $1 million was donated to DCCAH grants and education projects from funds earned through her “Party Animals” and “Pandamania” projects.

Her other achievements include receiving the Lifetime Achievement Award as well as being named the Washingtonian of the Year in 1995. She was elected to the Washington, D.C. Hall of Fame in 2011.