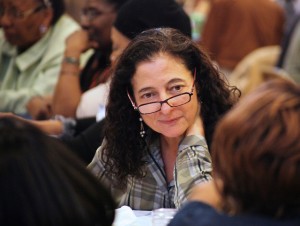 Emily Youssouf is a legend in the industries of finance and housing. Over her 30 years of industry experience, Youssouf has reproduced culture through the channels of education, government, and philanthropy.

She graduated from Wagner College with Honors and went on to earn an MA in Urban Policy Analysis and Management from Milano The New School for Management and Urban Policy. She began her financial services career at Standard & Poor’s where she was Vice President of the Tax-Exempt Housing Finance Group, and she later served as the President of Natlis Settlements, LLC, a specialty finance company. Youssouf also has held various senior positions over a 20 year period at Credit Suisse First Boston, Prudential Securities and Merrill Lynch.

In 2010, New York University announced that she  joined the faculty as a clinical associate professor. She began her first fall term at NYU’s Schack Institute teaching courses on real estate finance and affordable housing. Through her work with the university, students were given a vision into her mission of providing affordable housing for those who would struggle without such entities. While teaching, Youssouf provided valuable insights into her past roles working for the HDC and in several similar positions.

Emily Youssouf has also circulated her knowledge of finance and housing through government organizations like the New York Housing Development Corporation (HDC), where she was appointed President by Mayor Michael Bloomberg in 2003, and at the New York City Housing Authority (NYCHA), where Mayor Bloomberg appointed her a Board Member in 2011. Under her direction, the HDC was transformed from a troubled public benefit corporation to the number one issuer of multi-family affordable housing bonds in the country from 2004-2007. During her time at the HDC, it issued $7 billion in bonds, financed 37,000 units of affordable housing in NYC and total assets increased from $2.3 billion to $9 billion. She successfully restructured the corporation, established a risk committee, and a credit department, and greatly improved the organization’s governance by strengthening its board involvement. Throughout her time at NYCHA, Emily Youssouf has also made many strides that have benefitted the Housing Authority and the people of New York City.

Though her educational and governmental contributions to New Yorkers were grand, Emily Youssouf has also served greatly in the realm of philanthropy. Among other causes, she has been extremely active supporting the Citizens Budget Commission, the Citizen’s Housing and Planning Council, Milano The New School for Management and Urban Policy, the New York City Health and Hospitals Corporation (where she chairs the Audit Committee and is a member of the Capital and Finance Committee), the New York City School Construction Authority and the New York State Job Development Authority.

Emily Youssouf is a role model as an educator, a businesswoman, and a philanthropist, and it will be interesting to follow her trajectory and see her positively impact our culture in the future.