Free Arts NYC is an organization that strives to better the lives of children and families, exposing underserved youth to arts and culture programs to help foster creativity and confidence. The organization was founded in 1997 by Liz Hopfan, a passionate, civic-minded arts educator who believes that art has the power to significantly impact lives. Free Arts NYC’s primary mission is to provide high-quality art opportunities to low income, homeless, and neglected children in order to help them realize their fullest potential. It does this free of charge, as its name suggests, through ardent fundraising, campaigning, and community outreach. Free Arts NYC has touched the lives of more than 30,000 children since its formation, and hopes to help many more. 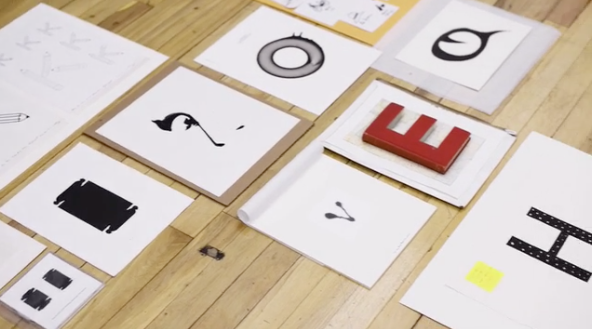 The A to Z Project coming to life.

Free Arts NYC recently underwent a massive transformation with the help of Red Peak Branding, as a way to garner more support from its community and to draw attention to the importance of exposing young people to the arts. Its campaign, “The A to Z Project,” invited 45 local designers, illustrators, artists, and typographers to partake in creating a new look for the organization, all while increasing awareness about its programs. The campaign was first launched in the spring of 2012, as a chance to “rally the creative community around the belief that art education is transformational and should be available to everyone,” and is now truly being realized in the organization’s visual identity.

The A to Z Project participants were asked to create a letter, number, or symbol for Free Arts NYC, which would go towards the organization’s brand. The idea is that each of these characters or symbols holds a story from someone whose life has been impacted by the arts in some way. The result is “a collection of playful and diverse artworks that represent what our programs instill in the youth we serve, the capacity of the arts to give life and authentic, creative voice.” Some of the project’s creative participants include Michael Beirut, George Lois, Diane Von Furstenberg, Joe Mimran, Harper’s Bazaar, Eric Haze, Erin Fetherston, Michael De Feo, and many more illustrators, fashion designers, multimedia artists, and creative visionaries.

New York native Eric Haze, who created the “S” for the campaign (as seen above), explains how regardless of the cliché, “art saved my life.” Like so many youth, Haze found it nearly impossible to face life’s harsh realities without an outlet like art to set him free. Having seen so many friends go down a dark path, he retrospectively identifies art as being his personal savior. This is just one of dozens of stories now associated with Free Arts NYC and its new brand. The A to Z Project is as much a campaign about the organization’s visual identity as its inherent one; at its core, Free Arts NYC is about raising awareness about the power of the arts, and this campaign has helped to amplify the message.

Free Arts NYC will continue to work towards changing the lives of New York youth through art. Learn more about their ongoing programs and the A to Z Project by visiting their website.