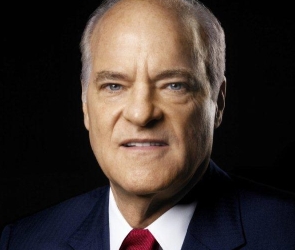 Henry Kravis is a well-known businessman, financier, and philanthropist. Kravis made his name in the private equity sector when he and his cousin George Roberts spearheaded leveraged buyouts. In 1967, he was a co-founder of Kohlberg Kravis Roberts & Co. (KKR), which is one of today’s largest private equity giants. Since then, he and Roberts have successfully brought in billions of dollars for the company.

But one thing that sets him apart is his pure willingness to give back to the community. He is an active philanthropist, donating millions to both his alma maters, Claremont McKenna College and Columbia Business School. Henry Kravis’ goal is to help promote future business leaders through education and leadership innovation.

Henry Kravis also wants good leaders in non-profit organizations. Every year, he finances the Henry Kravis Prize for Leadership, which awards $250,000 to non-profits whose leaders are especially innovative and exemplary. The money goes toward paying administrative costs, making the organization even more sustainable.

He is a member of the board of Mount Sinai Medical Center as well. Through his significant contributions, the organization has been able to open two new centers: a cardiovascular center and a women and children’s center.

He and his wife, Marie Josee Kravis, also participate in and donate to organizations such as the Robin Hood Foundation, which strives to improve the lives of New York residents living in poverty. According to its website, the Robin Hood Foundation, “finds, funds and partners with programs that have proven they are an effective remedy to poverty and are a consistent force for good in the lives of New Yorkers in need.” Additionally, the Kravises support the New York City Investment Fund, which works to build a stronger, more diverse economy.

Henry Kravis participates actively in promoting culture in New York City. He’s been a regular attendee of fundraisers and events for the Museum of Modern Art, the Chicago Symphony Orchestra, the Metropolitan Museum of Art, the New York City Ballet, and more.