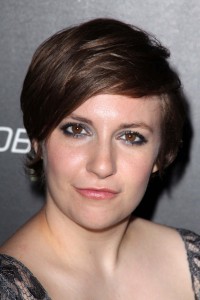 Lena Dunham quickly and quietly came out of the shadows, taking New York City and Hollywood by storm. A young filmmaker, director, and actor, Dunham first gained fame for the release of the independent film Tiny Furniture, and these days she’s continuing the trend with HBO’s Girls.

Some critics say that Girls is a 2013 embodiment of HBO’s acclaimed, groundbreaking female ensemble drama Sex and the City, which made history by being the first show of its kind to incorporate frank conversations about sex and women into regular dialogue. However, Girls is a far cry from Sarah Jessica Parker’s grown-up exclusively Manhattan escapades (an ongoing punch line in SATC was how the women detested crossing the bridge to Brooklyn). Although it is also set in New York City and is a testament to the lives of real young women, the dialogue and characters evoke a much less glamorous New York and much more relatable episodes in Dunham’s Girls.

Girls is smart, beautifully written and directed, and incredibly compelling; the show has gained fame for being a very honest portrayal of the lives of young women struggling in Brooklyn. This honesty includes very graphic, sometimes uncomfortable sex scenes, cutting, passionate dialogue between characters, and the portrayal of women who possess more than one “Hollywood” body type. Lena Dunham creates complex characters that are versions of herself and the people she knows: real women. Dunham writes, directs, acts in, and produces Girls, with the help of a very impressed industry heavyweight, Judd Apatow. 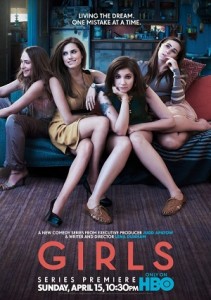 Girls is due to start its 3rd season.

With this, Lena Dunham has been catapulted into the public eye. She’s a fascinating, and very genuine person; witty and intelligent, she looks like she could be anyone’s daughter, neighbor, or friend. Her body type has been the subject of much media attention, and makes her stand out as a representative of the average woman amid a slew of celebrities donning impossibly slender frames. In interviews she is articulate, graceful, and thoughtful. Her writing for television and film is daring, relatable, and groundbreaking, and her directorial style is similar in that it allows her to take chances that provide more than just shock and awe.

Her directorial and production efforts have already earned Dunham much critical acclaim and an enormous fan following, and in 2012 Girls was nominated for four Emmy Awards, and won two Golden Globe Awards. Dunham made Time Magazine’s list of the “100 Most Influential People of 2013,” with acclaimed actress Claire Danes singing her praises in the excerpt for the magazine.

Danes says, “Lena’s unique lack of vanity or shame allow us to consider that we may also be able to accept and express ourselves fully. This is not only impressive, it’s important. Because it turns out that girls don’t just want to have fun. They also want to be known for who they really are.” Because Dunham’s Girls is a show based on real people and genuine situations, her fearless dedication to transparency combined with a hilarious, smart directorial and writing sensibility makes her a role model as much as a true artist in her field.

Lena Dunham’s career in film and television is progressing at lightning speed, and the young actress-writer-producer-director shows no signs of slowing down.