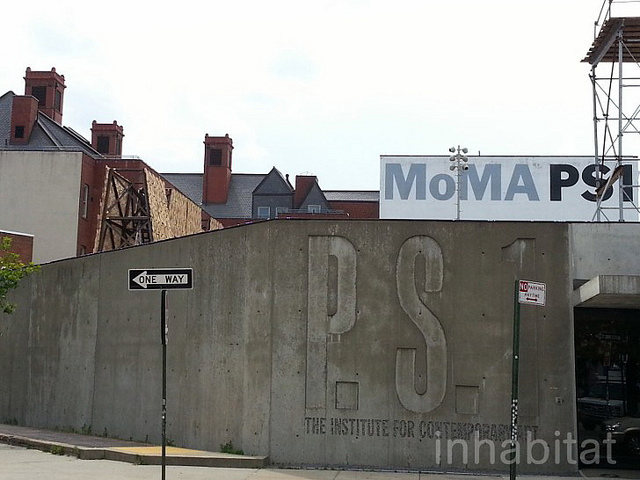 MoMA PS1, as it exists today, is one of the oldest, and most wide spanning contemporary art nonprofit institutions in the United States.

PS1 is an institution that has transformed immensely over the years after originally emerging from the Institute for Art and Urban Resources, Inc., founded by artist Alanna Heiss in 1971. The Institute is an organization dedicated to curating exhibitions in abandoned spaces across New York City, a passion of Heiss’ who was a prominent figure in the alternative space movement of the 1970s.

In 1976, PS1 opened its first major exhibition in its permanent Long Island City, Queens location. From that point forward, PS1 would become a leader in curating the most avant-garde transformative, site-specific art spaces in the country. The institution became a solution for Heiss and other artists who saw New York City as a vast canvas with incredibly underutilized areas in which large-scale artistic installations could exist, and thrive.

For the next twenty years after PS1 opened its doors to “Rooms,” its first site-specific installation in 1976, the building was utilized as a studio, performance, and exhibition space that supported artists from around the world. PS1 has long sought to exist as an exhibition space rather than a collecting institution, and is dedicated to being a catalyst and advocate for new ideas and trends in contemporary art.

Today, PS1 is an affiliate of the Museum of Modern Art in New York City, and continues to seek the most cutting edge, contemporary artists to feature. MoMA PS1 remains true to Alanna Heiss’ original mission of presenting diverse, contemporary works that belong in its unique space as site-specific installations, rather than in a traditional museum. The marriage of PS1’s contemporary ideals and boundary-pushing mission with MoMA’s world-renowned collection of art has allowed MoMA PS1 to thrive in one of the most prominent cultural hubs in the world.